As we are hurtling headlong into swimming gala season and busy season for our family business, we knew we’d have to ‘Divide and Conquer’ if we were to have any sense of time off over the next few weeks – even if those relaxing moments were merely the times spent driving ourselves or the boys to wherever we needed to be.

With Ronan off to Kerry working in the mountains while the Leinster swimming gala was on, he offered to bring our eldest to the Aer Lingus Gala at the airport. Who knew there was a swimming pool at the airport?? We aren’t from a competitive swimming background ourselves, we’re still relatively new to this whole gala concept, but keen to support our eldest in his chosen sport. Even when it means 4:30am starts….

If I ever doubted my commitment as a parent, as anyone who personally knows me will attest to – I am most definitely NOT a morning person. There is zero point in trying to have a conversation with me until I’ve had at least one Garfield style coffee!! The fact that I am willing to roll out of bed at 4:30am so he can swim, but couldn’t (or wouldn’t) do it for myself, speaks volumes!

I mean, if your parents aren’t willing to support you, who will? Prior to this, I associated getting up in the middle of the night with cheap Ryanair, crappy timed flights!

Anyway, where was I? Oh yes! So Ronan and himself were heading off to the Aer Lingus Gala on this wonderfully sunny Sunday (Cue Nelson from The Simpsons <<Ha Ha>>). That left me and Charlie to come up with a plan for ourselves!

He wanted to climb indoors, I didn’t.

Me: Are you insane?? It’s the hottest, sunniest day of the year so far!!You can’t spend it indoors!! I wanted to climb outdoors, he didn’t. A half-hearted suggestion of the beach didn’t float his boat either. I was secretly relieved, figuring half of Dublin and all of Wicklow would be battling their way to Brittas Bay today. As it turned out, I was right, the traffic returning to Dublin later that evening was reminiscent of a mass evacuation during one of those cheesy Natural Disaster Movies… Or maybe just morning rush hour traffic….

In the end, we decided to try out a high ropes tree adventure course.

We had tried them on holiday in France, but not here. I knew of two within a reasonable drive of us:

‘Squirrel Scramble’ in Killruddery in Bray and ‘Zipit’ in Tibradden Wood near Glencullen. Whilst Squirrel Scramble’s prices appealed to me more than Zipit’s (albeit with shorter play time), and also had the advantage of being closer, they were already fully booked for the time slots I was looking at. Zipit had one slot left at 2:30pm, so I grabbed it.

At €23 for a child and €30 for an adult, I won’t lie – I did think twice, but reasoned that with 4 hours of ‘play time’, I’d give it a whirl. There was only room for himself but I figured that they might squeeze me in too when we got there. It would be much more fun for him if we both joined in. If not, sure I’d take lots of photos and enjoy watching him in the sun. Luckily, they were able to squeeze me in! Hence the almost complete lack of photos from this particular course…

The instructors we met initially were pleasant and authoritative, which gave confidence in their abilities to sort out any technical difficulties we might encounter. The harnesses supplied and fitted, were normal climbing harnesses with a lanyard joining the belay loop of the harness to two unusual looking carabiners. It was only possible to open one of the carabiners at a time due to a pretty nifty locking and unlocking system at the beginning and end of each cableway. You cannot unlock both at the same time, ensuring that you are connected to the cable at all times. This gives great peace of mind to parents (and anyone who is a bit fearful).

It’s worth noting that if you are planning to do something similar on holidays, not all ropes courses were created equally in this regard. And I’m only talking EU here, countries in other jurisdictions may be better or worse…..

In France for example, because they were a step ahead of us in terms of adventure, tree adventure parks which were in existence prior to the EN15567 safety standard being introduced don’t have to operate this smart self-belay system. In these cases, the onus is on you to have personal responsibility, check out each park’s credentials and remember your given instructions to unclip one at a time.

Anyhow, let’s zip back to Zipit! (See what I did there?) So, after instruction, we set off on an Initiation Course to put our learning to use! This little course had 3 or 4 challenges in it and was perhaps 50cm off the ground. It was easy for the instructor to come and help people with difficulty and it was good for us to find a little rhythm with the locking and unlocking mechanism.

Over we went to the Green Course which is between 1m and 3m high. Ourselves and a family from Ulster were plodding along nicely when we came to an obstacle we were unsure of. It was an old-style wooden sled on pulley wheels. We hauled it to our position and scratched our heads. Clearly, I was in need of another coffee at this stage, because – hey – it’s a sled! What do you do with a sled?? You sit on it right?? Is that what we did?? Ohhhh nooooooo…. We looked up above us where the more difficult, intimidating Blue Course hovered. They had a snowboard and were doing what you do on a snowboard. Yes, that’s right, you stand…

Am I painting a picture here yet?

So, when Charlie asks what to do, I shrug, point and say “Maybe you stand on it and pull yourself across like those guys…” Off he went, he was fine until he got to the other side where he’d some difficulty stepping off, but he managed. Okay, my turn now! I haul back the sled as Charlie exclaims that this course is harder than he thought. Up I get, immediately thinking “Janey mac, it is hard! Hard for a green anyway!!” The cable was waist high, so I had to kind of lean forward at the waist to find my centre of gravity and work that core. I wibbled and wobbled my way across. The Mum behind me was getting increasingly nervous. She thought I was going to swing head over heels at any moment. And it was difficult stepping off.

Cue the arrival of an instructor…. Who, with a face on her like she’s never before seen such idiocy, sits my new BFF down securely on the sled. DUH!!! The three of us crack up laughing, Charlie, myself and BFF. And we continue to laugh our way around this course, and the Orange (Challenge) and the White.

There are age restrictions on each of the challenges with older children (12+) really winning out regarding value for money. Children aged 7 or 8 are only allowed complete the Green Course. 4 hours of this would probably be monotonous for all concerned. I would recommend waiting until your child is at least 9. Kids aged 9+ are able to participate in the Green, Orange (two routes on this one) and White. This was just the right amount of activity for the time allocated. We completed all of these courses and would have had time to repeat the White.

Ensure you have plenty of time to spare.

Unfortunately however, the white was out of commission for that time. Something had become tangled or stuck on one of the crossings and participants on this course were either lowered off it or had to turn back. We hadn’t taken a break, so we were happy enough with what we had achieved and called it a day!

It’s worth bearing in mind that these things can happen though. Make sure you have plenty of time to enjoy your full 4 hours, even adding on a buffer of 30 minutes just in case! (I did overhear an instructor offering to extend someone else’s activity time by the amount of time it took to repair the white.)

This is an honest account of our day. I’m not affiliated with Zipit in any way, nor have I received any freebies in lieu of my review. We also plan to check out Squirrel Scramble – and when we do, I’ll post a comparison, pros & cons etc. Stay tuned! 🙂 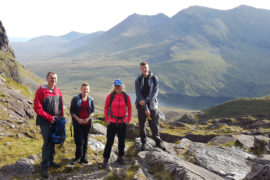 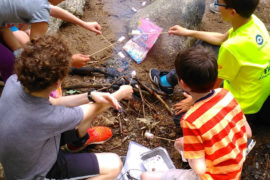 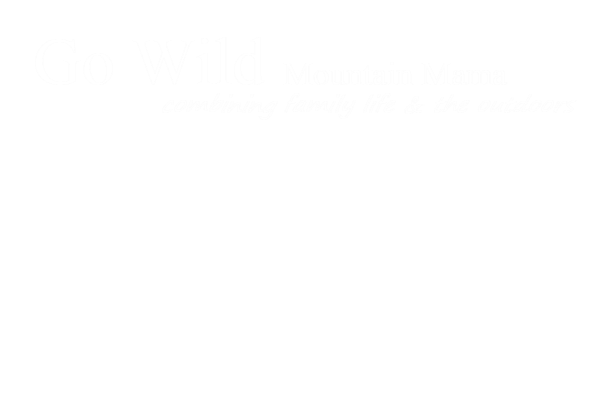